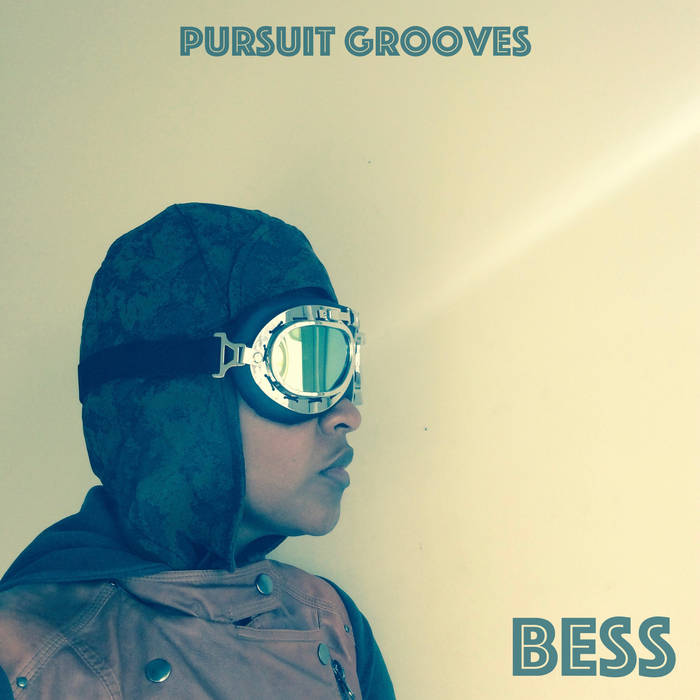 Bess is a tribute to Bessie Coleman (1892-1926), the first Black American female pilot, who left for France to obtain her international pilot's license in 1921. She studied with master pilots in Europe and returned to the US as a spectacular performer and air trickster. She traveled to schools and theaters presenting her skills on film footage, encouraging others that regardless of extreme racial and gender bias she had followed her dreams during a time when it seemed impossible.

Mostly instrumental with a few interludes and one vocal track, this is classic Pursuit Grooves, genreless but moving between the electronic realms of experimental bass, R&B and house music. All of the interludes and track names are inspired by Bessie Coleman's short yet adventurous life.

NOW Magazine review:
nowtoronto.com/music/album-reviews/pursuit-groooves-bess/
"Pursuit Grooves should really be better known. In addition to being a recording artist, Vanese “VJ” Smith is also a graphic designer, printmaker and DJ, with a history as a rapper and MC. And Bess is the Maryland-born, Toronto-based experimental electronic producer and beatmaker’s 13th album. But not all trailblazers are appropriately recognized in their time."


2019: THE YEAR IN BLACK ELECTRONIC AND DANCE MUSIC
afropunk.com/2019/12/2019-the-year-in-black-electronic-and-dance-music/
"Over the course of its 15 tracks, Bess, Pursuit Grooves’ largely instrumental tribute to Coleman and her achievements, brings a sense of physical and spiritual elevation. Smith is a Maryland-born, Toronto-based, veteran electronic music producer, who makes industrial, experimental, and funky arrangements that take listeners into unknown sonic regions. Tracks like “Cloud Pusher,” with clicks and synths wrapped up in a mechanical narrative, evoke a sense of limitless space and all the sacrifice it takes to get there; and “The French Connect,” with its upright house music structure, stuttering snares, booming kicks, dub-wise bass lines, and air-raid noises, capture the beautiful struggle in song, and give a sense of how weightless Bessie must have felt upon reaching Europe."


Resident Advisor Review:
www.residentadvisor.net/reviews/24473
"That balance of extremes also defines Bess—a consistent interplay between tough, crunchy drums and emotionally charged synths outlines nearly every track—and yet it remains engaging. The music, drawing from Coleman's example, is by turns hopeful and defiant throughout."


theanswerisinthebeat.net
..."The theme is entirely appropriate for Pursuit Grooves’ music, which knows no boundaries and can often feel like it’s weightless and flying through air. She always has a fascinating way of assembling broken beat patterns and unconventional basslines, forming tracks that aren’t clearcut or full of straight lines and logical sequences. Here, her unpredictable compositions interpret the feelings of a brave soul determined to live her dreams and achieve what others may deem impossible."